Hohoho! Merry Christmas to all the leftists, communists, destabilizers, opposition politicians and UP students! Especially you UP students! Now that your tuition fee will be increased, you won't be able to afford to waste the money your parents spend for you anymore by rallying and protesting! Hohoho!

T'was the night before Christmas, when all through the Philippines,
Not a creature was stirring, not even a single destabilizer.

On Gloria, on Defensor, on Nachura, on Ermita,
On JDV, on on Garci, on Bunye, on Miriam!
Dozens of good little congressmen are waiting for their stockings to be filled with the millions of pesos as gifts from Santa Cha-cha! Down the chimney of constituent assembly we go!


Published on page A5 of the August 27, 2006 issue of the Philippine Daily Inquirer

THIS time Justice Secretary Raul Gonzalez has picked on the University of the Philippines school system, saying it mainly produces militant protesters and fraternity men and women who run around the campus naked.

“That school breeds the destabilizers that haunt the country year after year. They are acting as if they are the only ones who know how to run the country,” Gonzalez told the Inquirer yesterday.

He made it clear, however, that he was not assailing the entire university population because “there are many students there who are bright and good.”

Interviewed by phone while he was with President Macapagal-Arroyo in Guimaras, Gonzalez pointed to the Oblation run of the APO fraternity as another indication of the kind of students that came from UP.

“I doff my hat to them because they initiate the running of naked people... That’s also one kind of culture that they develop there,” he said, noting that women had begun to join the naked run as well which is held in December.

“Maybe we are going in that direction... there are now women running naked. I will not be surprised if they will go to school with only their books, nothing more,” he said.

Gonzalez made the statements while lamenting that UP was the site of numerous protest rallies and symposia calling for the resignation of President Arroyo.

“In every storm that takes place, UP students are in the forefront,” he said. “As a matter of fact, our history will show that since the martial law years, students from UP were the ones who went underground and fought the government. In fact, many of them went to China and never came back.”

Gonzalez said he came to see the militant activism of UP students first-hand during the First Quarter Storm of 1970 when then Sen. Genaro Magsaysay formed a panel to look into the violent protests there and he saw pillbox bombs being assembled in the school laboratories.

He said this was not the way the students should repay the government for giving them a world-class education.

“They should consider the fact that the state is the one paying for their schooling. Why fight the state? Why try to bring it down. I think some degree of gratitude should be there also,” he said.

He noted that UP had always been known as a “cradle of leadership” but he was worried that with the way some students there were acting, some serious questions would be raised about the “kind of leaders we will have in the future.”

But he said he was “not degrading UP per se,” but was only questioning the kind of students that came from it.

He said the matter of the high “tolerance to education freedom” should be raised to UP officials and teachers during the annual budget hearing for the school.

Asked what school he graduated from, Gonzalez replied: “University of Sto. Tomas... that’s why I am well-behaved.”

Gonzalez is known for speaking his mind on most issues and creating controversy.

Earlier, when he was asked if he was going to arrest the widow of the late presidential candidate Fernando Poe Jr. for inciting to sedition when she spoke out against President Arroyo, he said she was too pretty to be arrested.

Another time when it was revealed that he was undergoing dialysis for kidney stones, he said that was not what made him launch verbal tirades against critics of Ms Arroyo.

“What does [having the] balls [to say things] got to do with that?” he said when he was asked if the painful passing of stones in his urine was the reason he was grouchy to critics and media people. 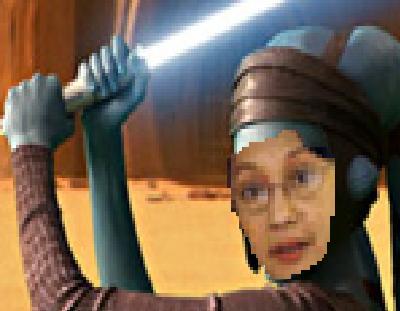 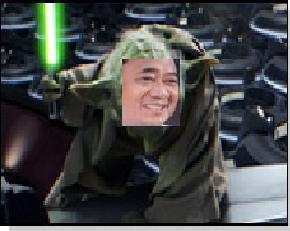 It was a boring weekend. I thought things might get exciting with the arrest of those soldiers and their bombs in Filinvest, but so far no other arrests have been made. I hope some civilians get arrested. I won't have any fun if only soldiers are arrested, the military courts will take care of them and probably botch the whole thing the way they botched General Garcia's trial.

Anyway, I hadn't been out for a while, you know, some opposition member or rebellious soldier might try to kill me. But I was hungry and so I went to McDonald's. I ordered a Happy Meal, but the waitress wasn't smiling when she gave it to me. That's disrespectful! You should smile when you serve the Happy Meal, lalo na pag Secretary of Injustice yung umorder! Don't you know who I am? I'm more sikat than that pa-kyut Chiz Escudero! I bet she would've smiled for Chiz. Or that closet gay who's also pa-kyut Mike Defensor. Susmaryosep. Maybe I'll have charges filed against her for sedition. I bet she's secretly a communist. They're everywhere, you know.
# posted by Raul Gonzales @ 5:46 AM 4 comments

WELCOME TO MY BLOG!!!

This is where I hope to show the rest of the Philippines that there's more to me than a bitter old man bent on oppressing my enemies left and right. I'm actually happy about what I do and I have a very good sense of humor. I'll try to show you what life means and how much fun it is wielding all this power irresponsibly. Stay tuned!

I got 99% in Remedial Law in the bar examinations in 1955. I'm a master of technicality, although my substantive law is very weak.